Pursuing a career in science.

Communicating science amongst researchers and university students is something that we are aiming to improve.  But there is another age group that we must not forget.  Anyone who has taken biology during early school years can remember how different it was from any other class, that is if you allow me to not call physical education or lunch, a class.  Sometimes even referred to as the fun class, or is it just me?   Well anyway, the reason why I recall it being more fun than another subject was because of the opportunities to do hands-on experimental work.  Not every school has a Large Hadron-Collider to aid in the teaching of physics and young children and volatile chemicals don’t mix well—literally.  But never mind these extreme cases; biology had the fairest range of experiments that were safe, fun and interesting.

It makes sense that several universities have acknowledged this and organise activities with schools, creating engagement opportunities for schoolchildren, to increase the awareness of science research. I have been interested in what drives post-graduate students to continue in academia.  I myself am struggling to decide whether a career as an academic suits my personality the best, both in the short and long term.  Surely anyone that wants to stick in there with being an academic wants to be where the action is, producing ground-breaking research, join in with the benefits that come from running a lab and progressing through to professor and become untouchable.  A career in academics is demanding and there is a lot of pressure placed on researchers from funding bodies, the university and the almost never ending need to publish.  As for the reward of travelling around the world talking about the things you love, communicating the science and the flexibility of the work lifestyle within academia, it’s worth it.  But are these rewards enough to pursue a life in one of the most challenging, demanding and most difficult to settle into jobs there is?  What drives academics to continue this career path and how far back can this motivation be traced?

For most researchers I have talked to, they are inspired to study science from their science teachers in school.  That provides us with the notion that a particular way of teaching can motivate students to undertake a goal and fulfil it. Personally, I disagree that my science teacher was the reason I have gone into science.  In fact, I got very little support from science teachers, until I was 12, when one teacher left on sabbatical.  It was around the time that the school science competition had started and everyone needed to have an experiment in mind, conduct it and report it.  I chose to research how bridge structure affected amount of weight it can withstand.  My project was very different from everyone else’s, but still depended on the same scientific discipline during the planning and experimentation stages, that allowed me to answer the research question.  The best support I received was from a retired teacher that helped me ask the right questions, gave me independence and taught me the importance of individualism.  I was then able to develop an appreciation for the scientific method and thrived to answer the questions I had asked and travel through the path I had created myself.

“We cannot allow ourselves to limit the potential on an individual because we like to form groups of categorised identities.”

We cannot allow ourselves to limit the potential of an individual because we like to form groups of categorised identities.  I believe that one of the difficulties is to find the balance between what needs to be taught and what should be taught.  Also, we cannot expect everyone to have the same interests, so why not allow a flexibility in what could learned.  For example, during my undergraduate degree, I was encouraged to write an article on the effects of population dynamics in response to a given mutation, disease or genetic factor.  Fair enough, my degree was genetics, but I had very little interest in regurgitating what had been taught in the semester for the last 6 weeks.  Instead, I chose to do a question on how life would be on Titan, the largest moon of Saturn.  I chose it because I could integrate what I had learned across all my 8 modules, and formulate a well-balance argument on how I imagined life on Titan and the biological requirements needed to survive in such an environment.  In fact, the lecturer was not pleased in my decision to do an article on such a subject.  His response was, ‘you’re studying genetics, therefore you should do a question on genetics’.  Luckily I am rebellious, stubborn and appreciate a good challenge.  But if this is the way that things are being taught, pressured on us because we must satisfy some criteria, what kind of student are we trying to make?  To motivate there needs to be a stimulus, and this is left to the individual to find, not generalise students into receiving the same stimulus from the given resource.  Not only can it cause loss of interest, but train us to follow the path that is being created for us.  The result of this is overwhelming and it causes some science students to submit coursework limited to what they’ve been taught, and over time Pavlov’s students will produce a piece of work that doesn’t develop them as scientists, but rather as good students.  That is not to say that the work being produced is not valuable, it is just seen as coursework, were in fact it is not far from being a professionally written piece of work.    As an undergraduate student, although undertaking taught science modules, few modules taught how data should be interpreted, analysed and reported.  That is not to say that the average student will be unable to complete a task well.  The key factor is that there is no notion as to how much information or cross-analysis is required in coursework.  And here is where I believe the separation begins between those that will continue in science and those who do not.  The drive being producing a piece of work that satisfies the need to understand, rather than doing it because it is something that will be marked and counted in the degree, which is equal to doing research because it is a job.

I want to make people understand that research is more than a job.  I dislike it when research students and post-doctoral staff members refer to their project leader as their ‘boss’.  Project leaders, PIs or supervisors are colleagues or should at least be thought that way.  I dislike hearing the word boss when talking to research staff, because it is often used to negatively describe a task given by a person figure that has the power to assign jobs.   Supervisors are there to guide us through our research, opening our minds slowly to new things and giving us just a hint of what life as a researcher is all about.    As an undergraduate lab PhD supervisor, I encourage students to think for themselves providing them with essential information and then leaving them to perform tasks on their own.  Wanting all the answers and told what to do is common amongst certain students, who just want to finish the work as fast as possible.  They still believe that it is easier to understand by receiving all the information, but information should be accessed as it is needed.  Different people have different ways to understanding information and finding the resources should be left to individuals.  It’s like reading a science journal and knowing which has the information that is needed—be it the introduction, methods, results or discussion.

We need to encourage science students to ask their own questions and learn that a Wikipedia page can help understand a topic just as a journal article can help another student understand the same topic.  Just because it not a science article, it doesn’t mean it has less information.  And of course, a lot of information is not written down, it is still in thought of those who have not asked the questions and do not engage in discussions.  We must encourage individualism, because sometimes it’s the wild card ideas that need to be heard, because communication is at the core of being a scientist. 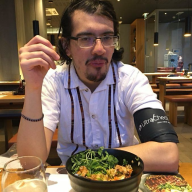